In today’s business world, knowledge is a valuable asset. The information that employees have in their heads, such as trade secrets, customer data, and specialized training, can give their employers a distinct edge over the competition. Non-compete agreements are increasingly being relied on by employers to ensure that when employees leave, the knowledge and skills they take with them do not give the competition an unfair advantage. Although non-completion agreements are fairly common in employment contracts, they can be difficult to enforce.

What are Non-Compete Agreements?

A non-compete agreement is a restrictive covenant that places limits on where and for whom a current or former employee can work. Such an agreement, for example, may stipulate that an employee cannot work for a particular industry within a certain geographical range and for a certain time period after leaving his or her place of employment. Although any employee can be asked to sign a non-compete agreement as part of his or her employment contract, they are most commonly used for executive employees and employees who have access to confidential company information.

Why are Non-Compete Agreements Used?

Non-compete agreements are an important element in today’s business environment. The restrictions that such agreements impose on employees are necessary to ensure competing businesses do not gain an unfair advantage in the marketplace. For example, without non-compete agreements, a senior executive at one company would be able to “sell” valuable trade secrets he had acquired at that company to whichever competitor was willing to pay the highest price for them. In another situation, a company may have paid for specialized training for an employee only to witness that employee take his or her newly acquired skills to a competitor soon after completing that training.

For example, if an auto dealership serving primarily residents of Boca Raton tries to prevent its former employees from working for any other dealership throughout the entire state of Florida, then such a restriction is likely to go beyond what would be considered a legitimate business interest and reasonable geographic restriction. Likewise, time restrictions must be reasonable, especially since many trade secrets lose their value over time. A non-compete agreement will likely run into problems if it places restrictions on where and for whom a former employee can work for more than two years after his or her termination.

When disputes about non-compete agreements arise, both employers and employees may choose to take their case to trial or negotiate an agreement outside of the court. Going to trial does entail some risk. The party that loses the trial case, for example, may be ordered to pay the legal fees of the other party. Additionally, even if a judge agrees that a portion of a non-compete agreement is unreasonable, that does not necessarily mean that the non-compete agreement in its entirety will be considered void and unenforceable. Instead, a court can alter an existing non-compete agreement to bring it into conformity with the law. Despite the risks, there are situations where going to trial may be in an employee or employer’s best interests.

Many non-compete disputes, however, are settled through negotiation. Negotiating a settlement is typically more cost-effective for both employers and employees. Negotiation also allows both parties to maintain some degree of control over the final agreement, rather than trying to predict at trial how a judge may or may not rule on the case.

Non-compete agreements are at the center of many employment contract disputes in South Florida. Knowing how to proceed in such a dispute requires the assistance of an experienced and dedicated lawyer. A business lawyer who has experience working with both employers and employees in employment disputes will have the knowledge and expertise that is needed to handle a client’s concerns regarding a non-compete agreement. Shiner Law Group has attorneys with extensive experience in non-compete agreements that are available 24/7 to discuss your restrictive covenant with you. Call our attorneys at (561) 777-7700 to discuss any non-competition agreement needs you may have. 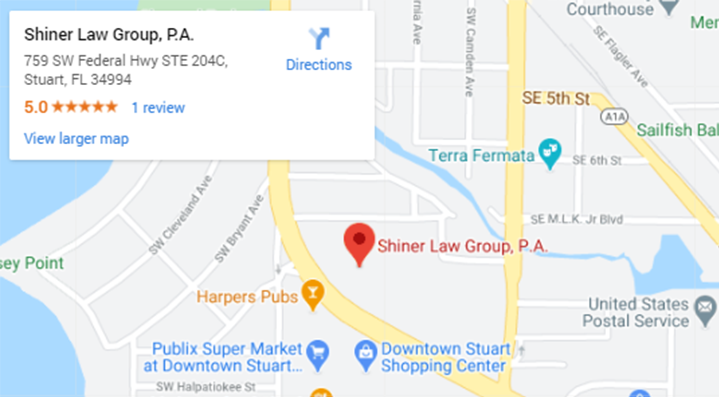